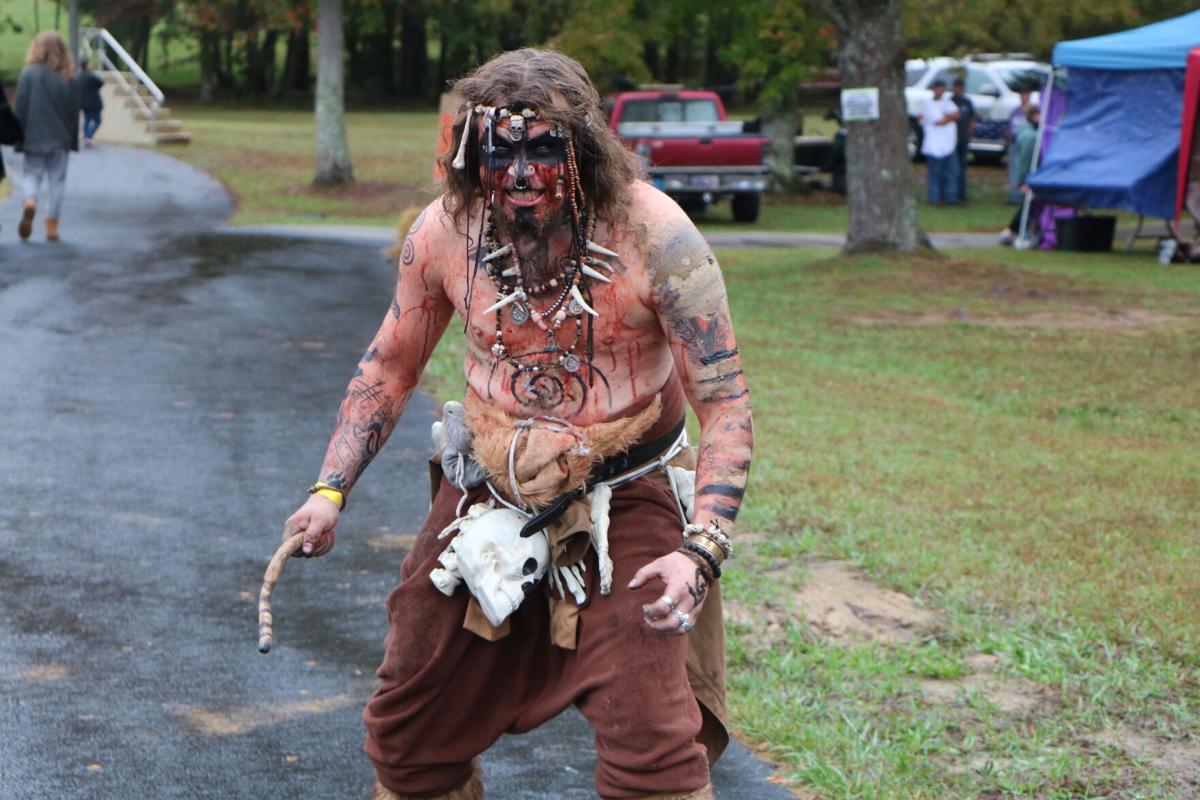 Jeremiah Wallace portrayed one of the creepy figures wandering around Eubank Park for the Zombie Walk event held Saturday. 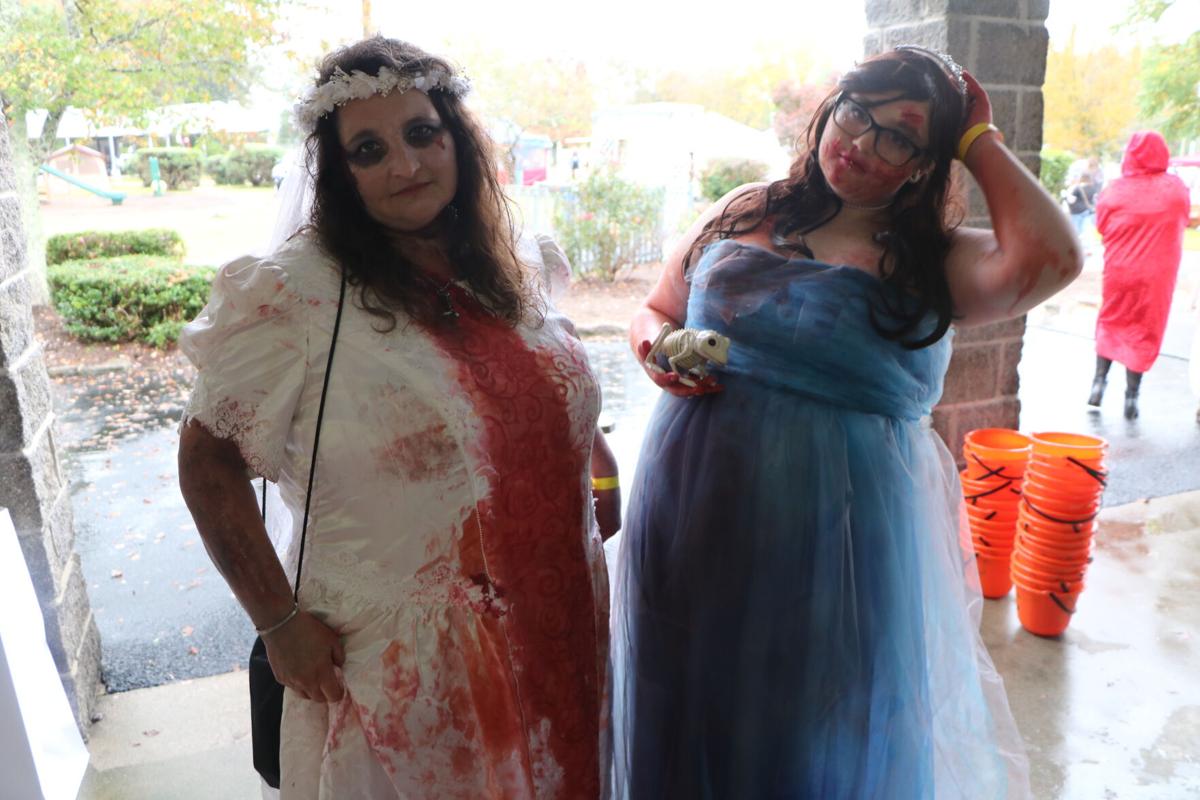 Becky and Pascha Mullins had fun dressing up for this year's Zombie Walk at Eubank Park. 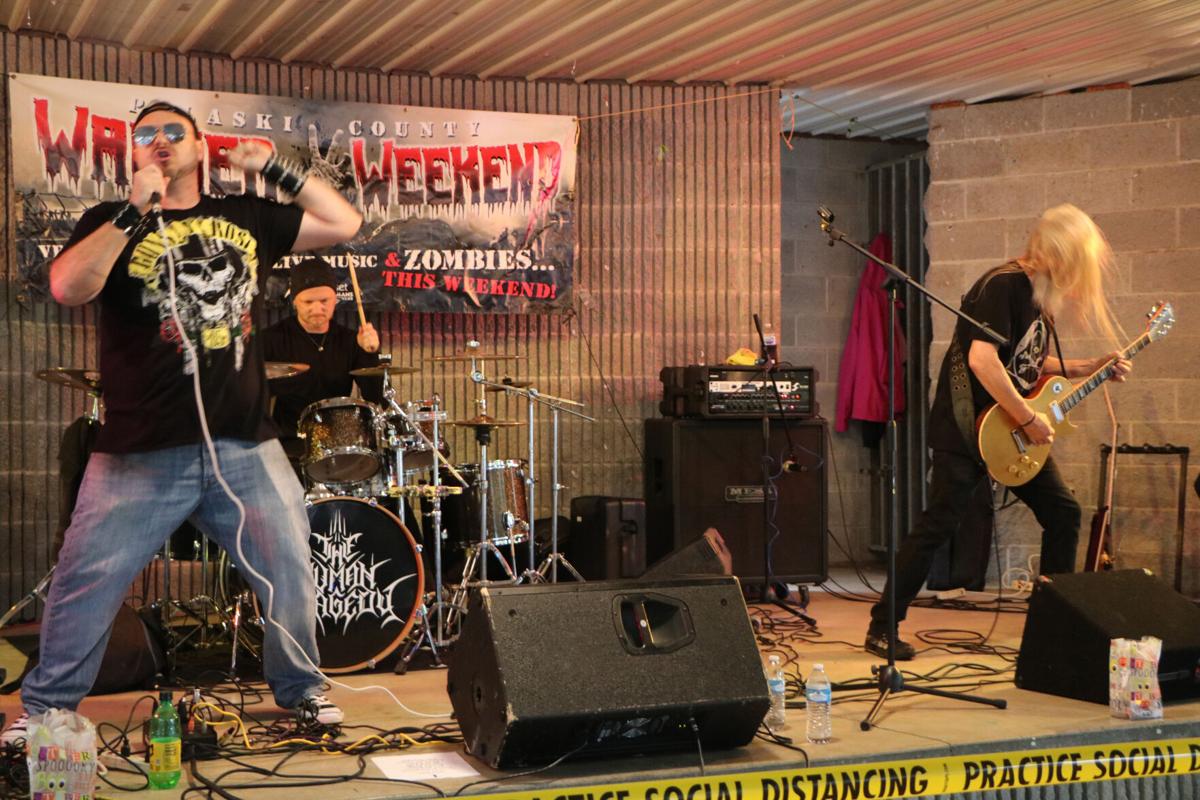 Jeremiah Wallace portrayed one of the creepy figures wandering around Eubank Park for the Zombie Walk event held Saturday.

Becky and Pascha Mullins had fun dressing up for this year's Zombie Walk at Eubank Park.

Turns out, rain is about the only thing that can slow a zombie down.

A move to Eubank? Nah. Apparently, zombies thrive there.

Wet weather made for a soggy Saturday at Eubank City Park, located in the far northern reaches of Pulaski County. There's where the annual Walker Weekend/Zombie Walk event was being held, the first time at that location after years in downtown Somerset.

Bookings for other events forced the Zombie Walk out of its regular spot on the Judicial Center Plaza in 2020. Turns out, that might have been a blessing in (gruesome, undead) disguise.

"This park has been amazing," said Wynona Padgett of the Somerset Junior Woman's Club, which organizes the Halloween season event each year as an opportunity to dress up in costumes and make-up and pretend to be some of the most popular creatures from the horror genre on film and TV.

"I think that we may have found a new home permanently," she added. "The mayor said we're welcome back next year, so if everything goes well and we get enough fundraising done that we can do it again, we'll probably do it up here again."

Of course, Eubank is a long hike from the center of Pulaski County, but there were still a decent number of people wandering around the park grounds as of mid-afternoon Saturday considering the other complicating factor — the weather.

"The rain probably is hurting us a little," said Padgett, "but I think if it had been the beautiful weather we expected, I think we would have been overrun with people."

The park setting made for a nice trail around which people could walk, visit any number of food vendor booths, and even take a hay ride, or get under the shelter and listen to the music of featured band, the Graveyard Romeos out of Lexington.

Other highlights, according to Padgett, included "The Storyteller," the ghoulish figure known for weaving snarky yet spooky yarns for "Scary Stories and Other Tales," a Watershed Arts Alliance event normally held at the Shine House — thought that took place again Friday night, the Storyteller made his first-ever appearance during the main Zombie Walk event on Saturday — and the "Creepy Cake" contest and auction, featuring some fantastically decorated confections in all manner of eerie designs.

"That raised $342 for the (Pulaski County) Humane Society," said Padgett of the cake auction. "All the cakes were amazing, but the cakes from the professional category blew us away."

The best overall cake was by The Sweet Spot in Somerset, made in the shape of a cauldron.

For those who attended, neither the rain nor COVID-19 precautions like temperature checks and social distancing could dampen their spirits.

"It's outdoorsy, but you still have shelter," said Zombie Walk fan Chrystal Wilson of the new digs in northern Pulaski, who said she'd "absolutely" like to see the event take place there again. "I think Eubank is under-utilized."