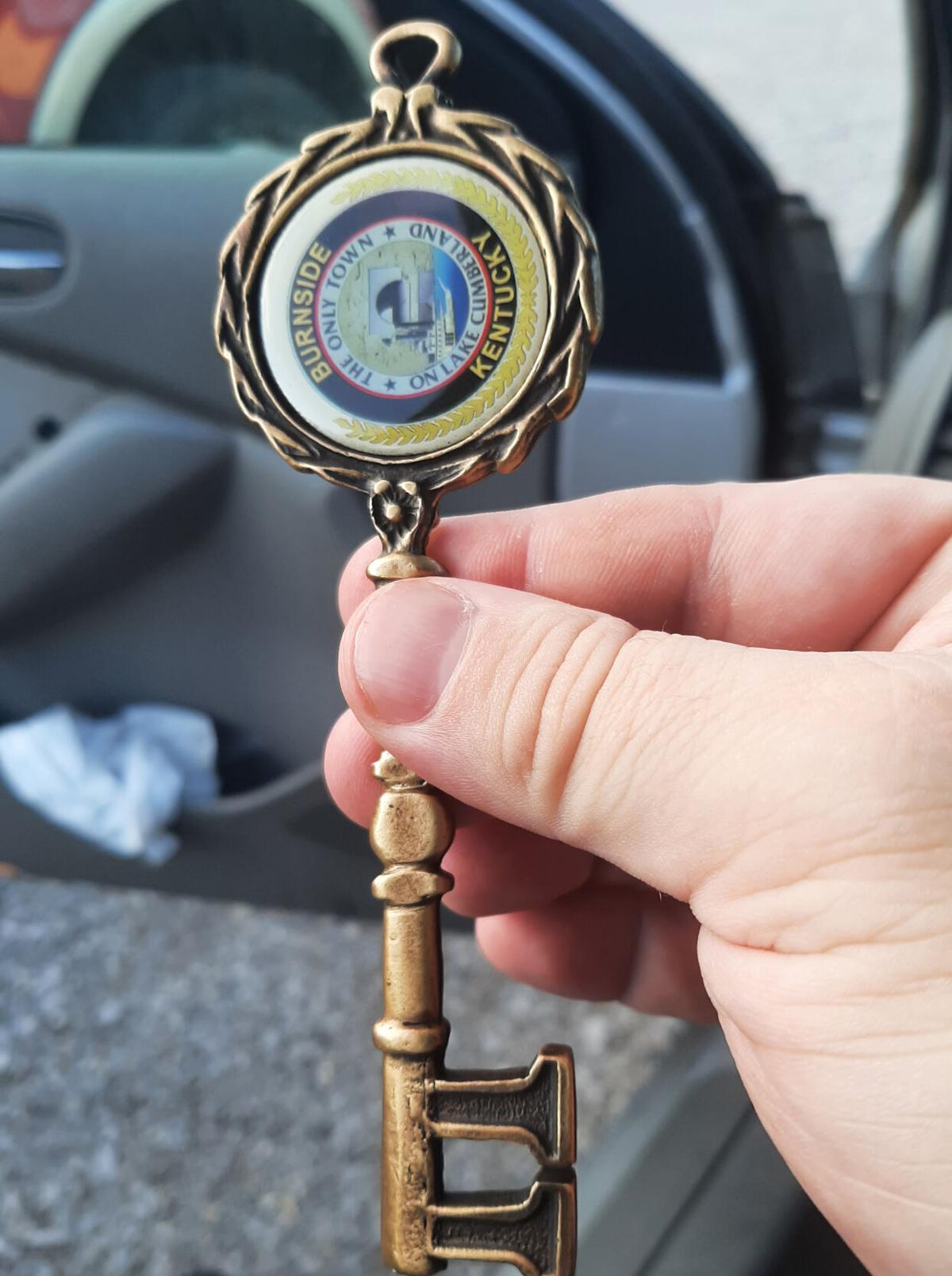 The key to the City of Burnside. 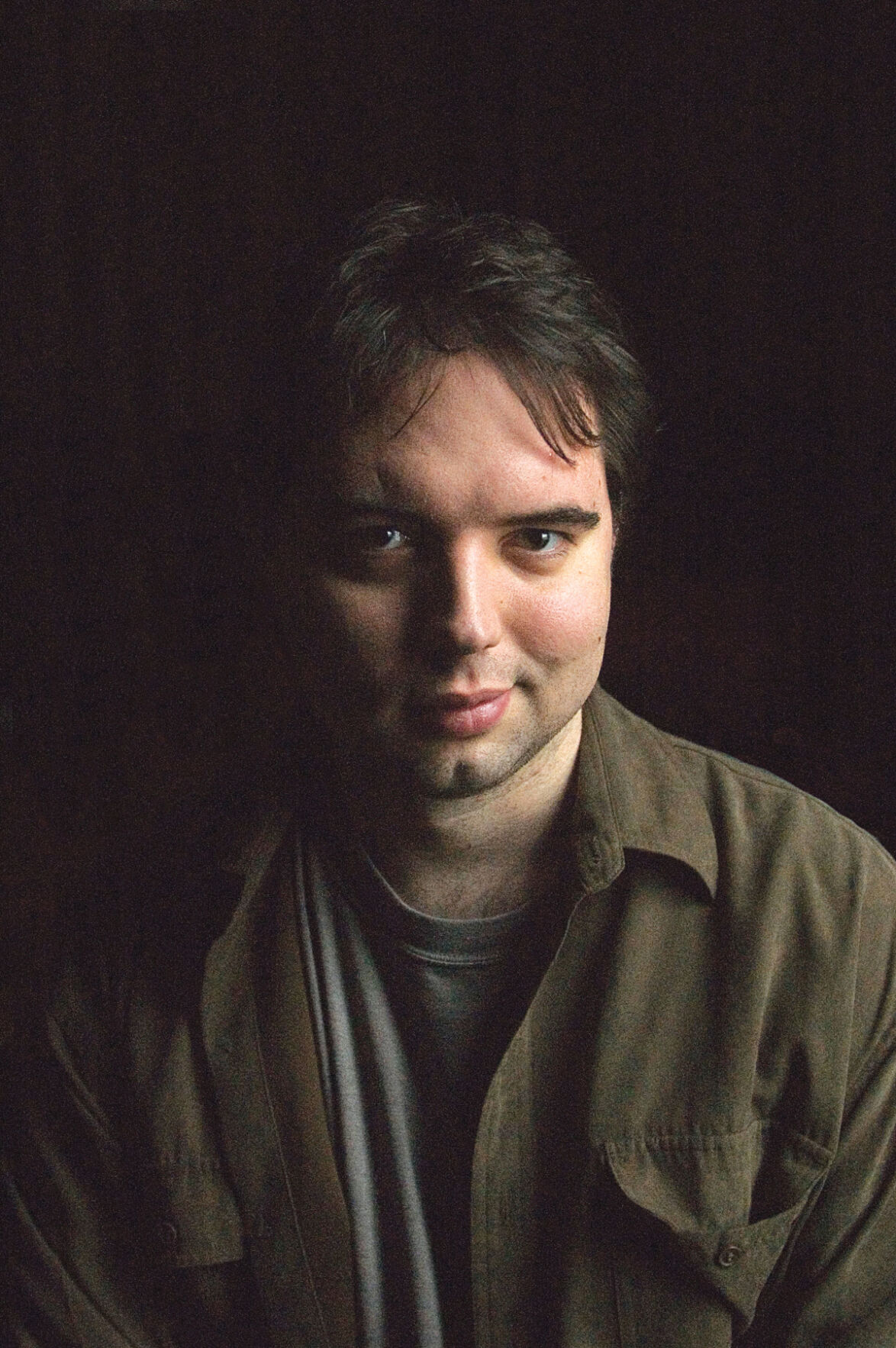 The key to the City of Burnside.

Burnside Mayor Robert Lawson told me not to be humble about this and to make sure it got in the paper. So I shall abide by his wishes.

Not that being “humble” is anything I’ve ever been accused of by those who know me well.

But Monday night, at the May meeting of the Burnside City Council, Lawson surprised me with a special recognition — and the gift of the ceremonial Key to the City of Burnside.

People assume that as writers, people like me know the power of words. In reality, I think I have come to understand the best is their fragility, their relative impotence. There are times in life when the limitations of ideas expressed through familiar sounds fail to capture what one is feeling in the moment. Usually, that’s in times of heartbreak — there are so many times on Facebook when a friend has experienced something awful and all I know to say is, “I’m sorry,” knowing full well how powerless that word really is to heal what’s wrong.

On Monday, I felt the other kind of loss for words — the good kind. It was a surprise when Lawson called me up and said very kind things about me and honored me just for doing my job. And I didn’t know what to say, other than just “thank you.” Which, sincere enough, felt too simple — but it’s all that I had ready on my tongue.

I mean, I’m not blowing it out of proportion. This was not something that put me in the history books or anything. It was a lovely gesture, but one shared by many other worthy individuals over time. Just recently, I’ve written about the occasions when the late historian and friend to Burnside Harlan Ogle was given the key, or the Southwestern girls basketball team. But Ogle went out of his way to help this community at times, and the hoops squad accomplished great things on the court. Me? All I’ve done is cover the city’s news because that’s my beat. Nothing particularly special.

But it was the reasoning behind the mayor’s gift that got me. He said he appreciated the coverage that I’ve given the small city on the south end of the county over the years — and that I’ve done it fairly. Whether the news reflected well or poorly on Burnside, Lawson felt that I was fair to them.

I’m sure anyone from any field would say the same, but journalism isn’t easy, and it’s become less so over time. Now more than ever, there is public criticism about how we do our jobs. And I can’t say that all in this profession really are fair — though what I’ve experienced over time working for a community newspaper has proved that one’s opinion of an article’s fairness has a lot to do with one’s own view of things. I’ve been yelled at and cussed at for doing pieces that were straight-by-the-book, and received a lot of compliments that were less about the quality of the work and more about the fact that it benefitted the person giving the kudos. As a feeling of political divisiveness has done nothing but grow in this country over my adult life, writing op-eds has become especially challenging. When I started this job, I could pen a piece that some people agreed with, some disagreed, and that was fine. Now, it’s hard to express a view that someone you see as a friend doesn’t like without them coming to view you as a monster.

Truth be told, when I was younger, this is never what I imagined myself doing. Nor did I ever want to be one of those people whose life was defined by what they do. But things seem to have worked out that way, and so it’s important to me how I do this job. And what I’ve always kept in mind is that this is a community newspaper. We’re not the New York Times, and it’s impossible to detatch yourself from the subjects of your stories. These are our neighbors, people we went to school with, people we know from church or seeing in the grocery store. The people who run for office tend not to be the kind of slick, soulless politicians who populate Washington — it’s a generalization; I’m not calling Hal Rogers “soulless,” so be cool — but are mostly just normal small-town people trying to help out their community in some way. I don’t want to embarrass them, I don’t want to vilify them, and I take no pleasure in reporting the cases where they screw up — but it does happen.

That’s what being “fair” in this job means to me, and the fact that my efforts to be so are seen and appreciated was meaningful to me. The best compliment I can receive about my work is one from someone who doesn’t necessarily benefit from it.

I’ve covered Burnside for as long as I’ve been at the paper; my very first assignment as a full-time employee after starting as a sports stringer was to cover the meeting in 2004 where the council officially approved alcohol sales for the first time since Prohibition, so I jumped right in the deep end. I’ve covered shouting-filled arguments with Hitler references, legal battles, and one instance where the council actually debated over whether a golf-themed arcade game was a gambling device. I’ve had to write about things that Lawson, or Ron Jones before him, or Chuck Fourman, Dean Lovins or Jim Rasnick probably wished I didn’t. I have never lived in Burnside, but I’ve come to develop an appreciation and affection for the community through my time covering “the only town on Lake Cumberland.” It’s a unique place with a cool history and salt-of-the-earth people.

So having the “key” to this beautiful city is an honor indeed, but being told why — that the gift was for simply doing my job the best way I know how — is something meaningful enough to leave me without the right words to respond (until I sat down to write a column anyway, and I’m still not sure I’ve found them). I’ve spent 18 years doing this job, and a toll has been taken over time, but sometimes I’m reminded of why this seemed like something I might make a career and a life out of lo those many years ago, instead of going to L.A. and shopping screenplays to disinterested development execs as was the plan.

Thank you, Robert Lawson and the City of Burnside, not just for a key but for making me feel good about being a community journalist.

Tommy Ashley, 36, of Eubank, passed away Friday, June 11, 2021 at the University of Kentucky Medical Center in Lexington. Arrangements are pending and will be announced later by Morris & Hislope Funeral Home. Condolences may be expressed to the family at: www.morrisandhislope.com.

William Douglas "Doug" Gadberry, 62, of Stanford, passed away Tuesday, June 8, 2021 at the St. Joseph Hospital of Lexington. He was born May 27, 1959; son of the late Wesley and Ida Wesley Gadberry of Stanford, Kentucky. He is survived by two sisters, Brinda & (Ron) Cook of Winter Haven,…

William Douglas "Doug" Gadberry, 62, of Stanford, passed away Tuesday, June 8, 2021 at the St. Joseph Hospital of Lexington. Arrangements are pending and will be announced later by Morris & Hislope Funeral Home. Condolences may be expressed to the family at: www.morrisandhislope.com.