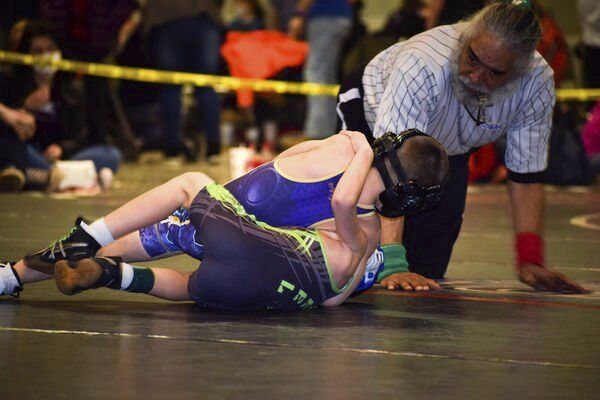 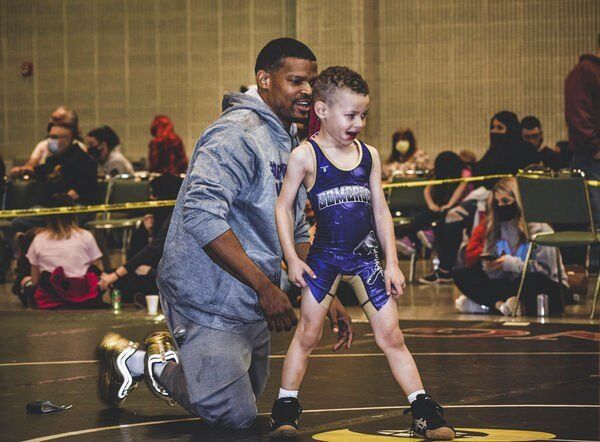 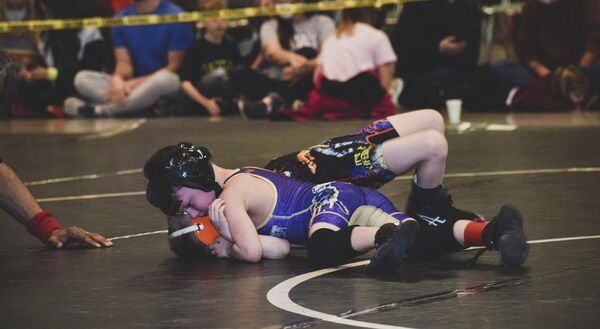 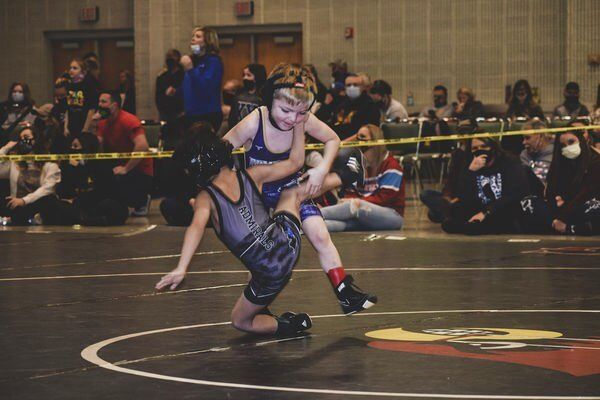 The Somerset Wrestling Club hosted the first-ever major tournament in the City of Somerset and it did not disappoint. The tournament was held at The Center for Rural Development on Valentine's Day.

Somerset sends an early message to the rest of the State, by dominating the biggest tournament of the State with over 34 teams in attendance. Teams from Indiana, Ohio, and West Virginia were just a few among the 34 teams that showed up to compete. Somerset placed 1st in the Youth division, placed 2nd in the Middle School Division, and 1st team overall.

Wrestling at Pee-Wee 35 SWC had Jeremiah Hunter, Coach Mondell Hunter's young, four-year-old son, placing 3rd and scoring 9.0 team points. During the tournament, Jeremiah was referred to as a "Young Bull" considering the four-year-old hasn't practiced but competed for the first-time full force on the mat. "We had to run him down a few times because he said, "Me don't know any moves." said Coach Hunter. This was a big accomplishment for Jeremiah to earn a medal, but his father has high hopes that this is just the first of many.

Finishing out the Pee-Wee Division, Korbin Slone competed as Pee-Wee 55 and placed 5th.

Uri Dishman is new wrestler who had a late start of the season but still showed up and competed at Somerset's tournament as Bantam 43 and placed 5th.

Following him was John Davis wrestling as Bantam 45 and placing 2nd with 13.5 team points.

At Bantam 56 Carson Stachulski placed 1st and scored 27.0 team points. Coach Hunter said "Carson "The Junkyard Dog" has wrestled nationally and has established himself a name to be reckoned with. This kid was off the chain and clearly protecting his Somerset Wrestling backyard."

Jordan Lewis did not place during the tournament; however he did score 2.0 team points wrestling at Bantam 56. It was obvious, Jordan wrestled hard in front of his parents, making sure they were glad they signed him up for the season.

Liam Boreing, assistant coach Scott Boering's son did not place at Bantam 62 but he most certainly gave it his all, especially with this being the child's first ever tournament.

Braxton Allen may not have placed at Bantam 62 either, but he did well and scored SWC 5.0 team points.

Abel Messamore was the only child to wrestle Bantam 70. As a new wrestler Abel placed 4th and scored 9.0 team points.

To close up the entire Bantam Division, Boothe Fitzgerald wrestled HWT and did not place. However, he did not disappoint as he never gave up.

As we move on to the Intermediate Division, SWC had Tatum Strunk wrestling up at Intermediate 49, placing 1st and scoring 22.0 team points. "Tatum "Mr. Business As Usual" to represent all the hard work and dedication he has been a part of since he joined the program. Placing 2nd and 1st in a top tournament like this shows us as a coaching staff we are headed in the right direction. That's why he is a captain!" says Somerset Wrestling Coach Hunter.

At Intermediate 53, Kaiden Rodgers placed 3rd and scored 16.0 team points. This child really is a special athletic kid and he will eventually put it all together. Somerset Coaches wants to add more technique to this phenomenal athlete as he continues to get experience so he can continue to grow and step higher on the podium.

Carson Stachulski wrestled up during the tournament at Intermediate 56. Placing 1st again, Carson scored the team an additional 17.0 team points.

Mason Brooks placed 1st and scored 24.0 team points at Intermediate 59. This is yet another one of Somerset's kids that have worked extremely hard, traveled and competed at a National level with the best of the best. You will never find yourself disappointed watching Mason. He does not negotiate, he eliminates.

At Intermediate 77, Tatum Watson placed 2nd and scored 18.0 team points. "He is a BAD MAN!" Says Coach Hunter. "He doesn't say much but his work ethic says everything. This kid was already a good wrestler, but he has taken another step because of his willingness to get better every practice. All he does is work."

Austin Doan and Trevin Durham both wrestled at Intermediate 84. Although Austin did not place,

Trevin placed 4th and scored 10.0 team points. "Mad Dog" Durham has started to gain steam in a positive direction." says SWC Coaches. "We are just trying to get him to get mad before the second match. Once he flips the switch, he is another wrestler and we really like that side of him on the mat."

Akyn Gumm AKA "Big Squeeze" to his SWC coaches and teammates, did not place but did score 2.0 team points. "He is starting to wrestle smarter in terms of things we want to accomplish in a match. He really wrestled great when we needed him too. We just need him to slow down and it's all over but the sad singing and flower bringing. "

To wrap up the Intermediate Division, SWC had Elijah Lavizio at Intermediate 120-HWTcoming in 3rd and scoring 5.0 team points.

Mason Brooks was another child to wrestle up during this tournament. Wrestling up at Novice 58-63, Mason placed 1st and scored 23.5 team points.

At Novice 67 Landon Oakes placed 5th." This kid has a motor and we need to get him to slow down too. We want to see technique, but he does not back down. This is something we really like to see in beginner wrestlers said SWC Coach.

Ethan McCrystal did not place at Novice 70-74 but did score 4.0 team points. Ethan aka Easy E is starting to take shape of a wrestler who is determined to make a name for himself.

Cameron Underwood placed 1st and scored 23.0 team points. "Killa Cam" has competed all over the NATION this year making a statement about being recognized nationally, not just locally. He is primed to finish strong this year." I'm so happy for him, he has gotten stronger." said Coach Hunter.

As the Team Captain, Cameron Underwood wanted to send a message to the City of Somerset for the support of Somerset Wrestling Club, "We represent the #Set."

Novice 86 had two individuals competing, Chase Crawford (6 team points) and Markeith Brown. Chase wrestled a kid that won Tulsa nationals, but he is starting to peak at the right time and its always Hammertime.

At Novice 92 Isaiah Cooper did not place, but showed up to wrestle and make his parents proud of all the hard work he had put in.

Darius Ridener placed 3rd and scored 11.0 team points at Novice 98. Somerset Wrestling club is very excited about Darrius aka Big Smooth and pleased with this child's leadership and tenacity in terms of what it takes to continue to wrestle successfully.

Avyah Tungate, one of the club's four female wrestlers, wrestled at Novice 98 and did not place.

Schoolboy 105 had three Somerset Wrestlers that did not place. Aaron Doan JR, Braden Johnson and Lexi Wing. Lexi is another female teammate, she competed hard which resulted in her scoring 4 team points.

Hunter Brown, Schoolboy 240, placed 1st and scored 18.0 team points. One coach said "I'm proud of this humble giant in terms of his character and him doing all the right things this year. He is as strong as an OX! One of the coaches grabbed him at wrestling practice and let's just say that we quickly understood the kid is strong."

"We really want to thank SWC board members for their countless meetings and planning," stated Modell Hunter. "Then we want to thank all our parents and volunteers for helping carry out the mission. We wanted to run the best tournament in the State of Kentucky. Based on wrestlers, coaches, parents in attendance we did a great job. The center for Rural development business administration and their weekend staff was just phenomenal."